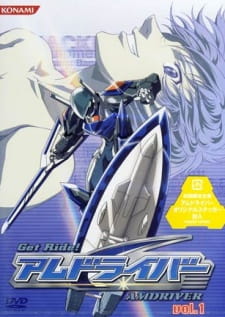 Plot Summary: In the future, human beings are attacked by beings called the Bug-chine, which appeared a few years back. No normal human weapon can defeat the Bug-chine, but there is hope. It is the AMDrivers that will save the earth. They are solders using the latest "AM Technology". With overwhelming power, they will beat the Bug-chine one after another and become heroes, as well as capture the hearts of their fans.

Other name: Get Ride! アムドライバー